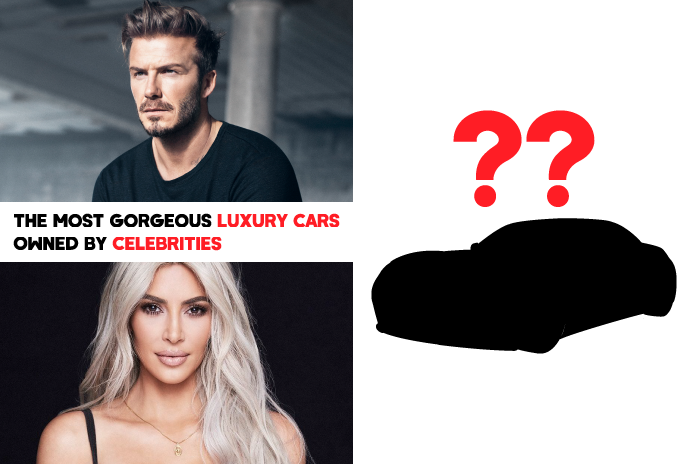 We all know how many luxury cars cost. Well, maybe not the exact amount, though most people are aware that they cost hundreds of thousands, even millions! The only people who can afford these fancy automobiles are those who are rich, successful, and famous. Celebrities seem to like spending their hard-earned cash on the nicest vehicles. Bugatti, Mercedes, Lamborghini – they can easily afford cars like this with their million-dollar net worth. Maybe we can say the same thing for ourselves in the future. Take a look at this list for inspiration once the time comes!

Kim Kardashian has accumulated a fortune of $175 million over the years. It is therefore not surprising to hear that she has eight cars in her name! In her garage, you will see a Mercedes-Benz G63, a Bentley Continental GTC, a Porsche Panamera, two black & white Rolls Royce Ghost, two black & white Range Rovers, and a white Ferrari 458 Italia. Apparently, her favorite happens to be the last one!

The NFL icon Tom Brady has a Rolls Royce Ghost but he probably prefers his Bugatti Veyron Super Sport. Aside from the $3 million price tag, his wife Gisele Bundchen gave it to him as a gift!

Aside from Kim, there is another car enthusiast in the family. We are talking about Kanye West, the singer-songwriter who gets to call himself her husband! He has a Mercedes Maybach, a Mercedes G Wagon, a Mercedes S class, a Rolls Royce Phantom, a Mercedes SLR, an Aston Martin DB9, a Lamborghini Aventador, and a Lamborghini Gallardo. Man, that garage must be HUGE.

20 Cheap Products That’ll Make Your Car So Much Better

20+ Genius Car Hacks That Experts Have Been Hiding From You

ABOUT US
Find the latest Automotive News and Tips ( That your mechanic maybe doesn’t want you to know ) At Superautosworld. From Car Tech To the hottest events of the year and all other car-related news, our Team delivers this straight to your Screens.
Contact us: [email protected]
FOLLOW US
© Superautosworld 2023